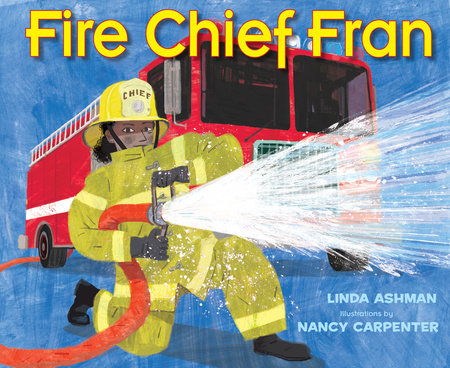 Perfect for fans of firefighters and fire trucks, this energetic rhyming picture book shows how a fire chief and her crew keep their community safe.

If a puppy is in danger or a café is on fire, Fire Chief Fran is ready to help! Featuring a strong female role model, a huge fire truck, and an action-packed story, this read-aloud is a dynamic introduction to a day in the life of a firefighter. Follow along as Fire Chief Fran and her team respond not only to fires, but also to injuries, blocked roads, and more. With an irresistible rhyming text, acclaimed author Linda Ashman celebrates the many ways that firefighters help their communities. The book concludes with an author’s note that is packed with further fascinating information about firefighters, their equipment, their fire trucks, their training, and more.

★  "An action-packed day in the life of a fire chief....The story, told in an engaging and varied rhyme scheme and accompanied by bright, engaging acrylic and digital illustrations, doesn’t shy away from the amount of work that firefighters need to do, including the physical and practical training that keep the firefighters performing at peak capacity.... This book is on fire!" —Kirkus Reviews, starred review

★ "It's rare to see a Black woman as a fire chief in picture books, but Fran leads her diverse team of firefighters through their actions and activities, all depicted in vibrant, mixed-media illustrations, which excitingly convey the scope of services they provide their community. The lively, rhyming text is ideal for reading aloud, and the back matter, presented in a question-and-answer format, offers further information about what being a firefighter and fire chief entails...A noteworthy, enjoyable addition to firefighter themed books and an informative, engaging, and uncommonly inspiring introduction to the subject." —Booklist, starred review 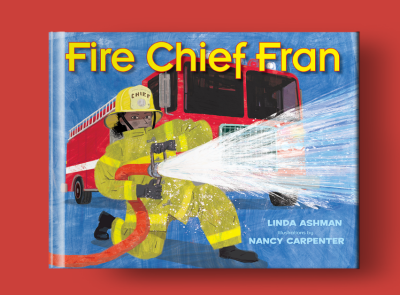