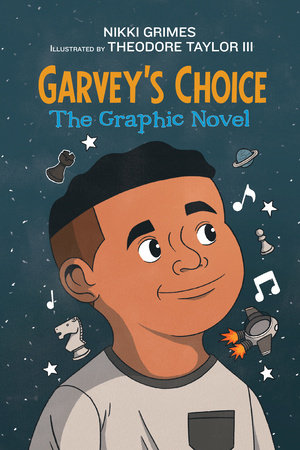 This emotionally resonant novel in verse by award-winning author Nikki Grimes celebrates choosing to be true to yourself.

Garvey's father has always wanted Garvey to be athletic, but Garvey is interested in astronomy, science fiction, reading—anything but sports. Feeling like a failure, he comforts himself with food. Garvey is kind, funny, smart, a loyal friend, and he is also overweight, teased by bullies, and lonely. When his only friend encourages him to join the school chorus, Garvey's life changes. The chorus finds a new soloist in Garvey, and through chorus, Garvey finds a way to accept himself, and a way to finally reach his distant father—by speaking the language of music instead of the language of sports.


★ 'Grimes returns to the novel-in-verse format, creating voice, characters, and plot in a series of pithy tanka poems, a traditional Japanese form similar to haiku, but using five lines.... (w)ritten from Garvey's point of view, the succinct verses convey the narrative as well as his emotions with brevity, clarity, and finesse.'  —Booklist, starred review

★ "Grimes' newest follows a young black boy searching for his own unique voice, lost among his father's wishes and society's mischaracterizations. This compassionate, courageous, and hopeful novel explores the constraints placed on black male identity and the corresponding pains and struggles that follow when a young black boy must confront these realities both at home and in school.... This graceful novel risks stretching beyond easy, reductive constructions of black male coming-of-age stories and delivers a sincere, authentic story of resilience and finding one's voice." —Kirkus Reviews, starred review

"Grimes tells a big-hearted story of Garvey...(e)mploying the Japanese poetic form of tanka—five-line poems (or, here, stanzas) with haiku-like syllable counts—Grimes reveals Garvey's thoughts, feelings, and observations, the spare poetry a good vehicle for a young man's attempts to articulate the puzzle that is his life." —The Horn Book 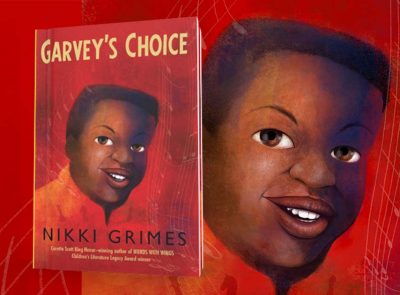