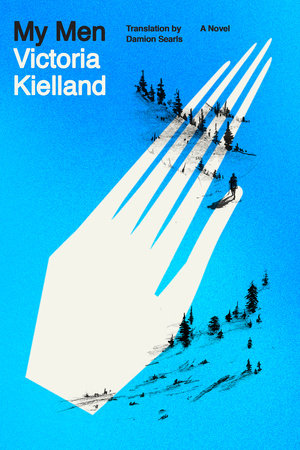 "This fascinating, off-kilter novel about a female serial killer is an unexpectedly thrilling read.”
—Karl Ove Knausgård, author of My Struggle and The Morning Star

Based on the true story of Norwegian maid Belle Gunness, 19th-century America’s most notorious serial killer with a body count of at least 14 men. My Men is a fictional account of one broken woman's descent into inescapable madness.

My Men is a harrowing read about an enigmatic historical figure: Brynhilde Belle Gunness, a Norwegian servant girl turned serial killer after emigrating to America in the wake of a hopeless love affair at home. She thought she was following her sister to a better life, but what she found in America was a society ruled by the same rigid moral codes that oppressed her at home. Consumed by desire, and thirsty for the love and recognition she never received during her impoverished formative years, Belle seeks revenge on the world that broke her. As Belle racks up a body count of at least 14 men, she grows increasingly alienated, ruthless, and—perversely—compelling.

Kielland writes urgently and thoughtfully about a broken person, one who yearns for liberation from the trappings of her class, gender, and traumatic past. My Men is a powerful and intense read, where the turn to violence is barely noticeable, but when it happens, there is no coming back.