New York, NY (Tuesday, January 24, 2023): Mexican American comedian Jesús Trejo, actor on the Netflix series Mr. Iglesias, star of the Showtime comedy Stay At Home Son, host of the popular streaming series Tacos Con Todo, and frequent late-night TV guest, will publish his first children’s picture book simultaneously in English and Spanish on June 6, 2023. Papá’s Magical Water-Jug Clock and El Barrilito Mágico de Papá, illustrated by Eliza Kinkz, present a mischievous tale from the comedian’s childhood, when he would tag along with his gardener father to work on Saturdays. Depicting a comic misunderstanding and the life lesson young Jesús learned from it, the story delivers an authentic, upbeat glimpse of everyday immigrant life filled with pride, respect for working-class expertise, and a loving father-son bond. The two titles will publish in time for Father’s Day and will be backed by an extensive national author tour, sampling campaign, and outreach to both English- and Spanish-speaking media outlets.

The Trejo publications also mark the rebranding of the prestigious minedition list in the US, which has been led since 2020 by Editorial Director Maria Russo. The imprint will have a new name—Minerva, after the Roman goddess beloved for her wisdom, the protector of artists and artisans.

Russo explains that a new name was the natural next step as the minedition program integrated into the growing Astra family of imprints. “We looked for a name that was a nod to its forebear, honoring the distinguished minedition tradition that Michael Neugebauer and his team in Europe and Hong Kong built,” Russo says, “and that also reflected the unique identity of what we’re doing in the US as part of Astra.”

Books already published with the mineditionUS imprint will remain minedition titles, including any reprints. Michael Neugebauer and his team will continue their European minedition publishing program, and alongside the Minerva list, select imported minedition frontlist board books and picture books will continue to be published in the US.

The new imprint name also has a personal backstory for Russo. “While researching my family history in Italy, I discovered that my great-grandparents revered the Roman god Hercules. That inspired me to become reacquainted with the Roman pantheon, and when I did, the goddess Minerva jumped out at me,” Russo says. “She was Hercules’s protector and beloved as a nurturer of talent. When I realized the first four letters of Minerva match those of minedition, it seemed almost like divine provenance.”

With a logo designed by Dan Yaccarino, the author/illustrator of two mineditionUS books, The Longest Storm and City Under the City, Minerva will publish 10 to 12 new books annually and continue a publishing tradition devoted to opening children’s minds and hearts to the promise and challenges of the world we share.

The second book published under the Minerva name will be Luna Ranchera, a rags-to-riches tale of a doggy mother-daughter singing act in the Nuevo Wild West, written by Mexican author, translator, and children’s literature expert Rodrigo Morlesin, with illustrations by Argentine artist Mariana Ruiz Johnson. Luna Ranchera will also be published in June 2023, after Papá’s Magical Water-Jug Clock and El Barrilito Mágico de Papá. “It’s especially satisfying that the characters in these Latinx picture books exist joyfully in their own spaces, not in relation to a majority culture,” says Russo.A sneak peek into future Minerva lists include books written by two New York Times bestselling authors, Emily Jenkins and Gideon Sterer; The Book from Far Away, a wordless picture book about a human child and an alien child who meet and exchange books, written by Bruce Handy and illustrated by debut picture-book artist Julie Benbassat; Simone, a picture-book collaboration between the Pulitzer Prize-winning adult author Viet Thanh Nguyen and Vietnamese American illustrator Minnie Phan, about a child who has to evacuate her home when a wildfire comes; a new translation of a Daniil Kharms tale, illustrated by two-time Caldecott medalist Chris Raschka; and a picture-book story by Uma Mishra-Newbery, illustrated by Mariam Quraishi, called Breathe the Rhythm of Your Heart, about a girl who visits her grandparents in India and learns a traditional approach to mindfulness from her tabla-playing grandfather. 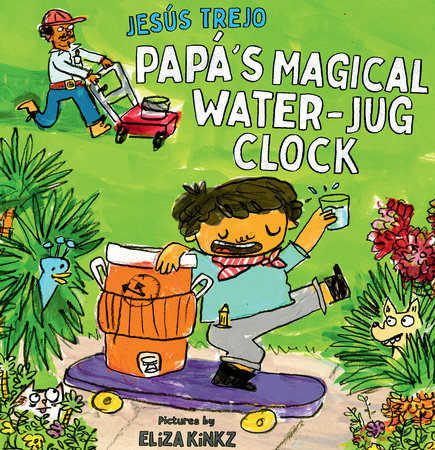 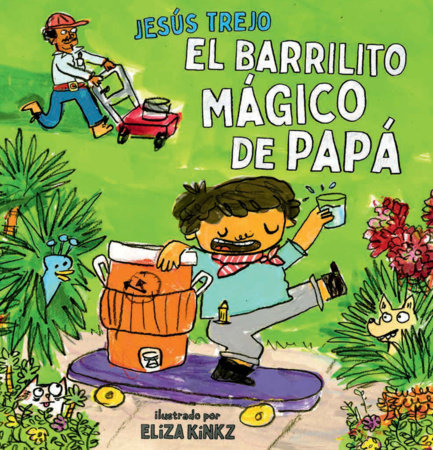 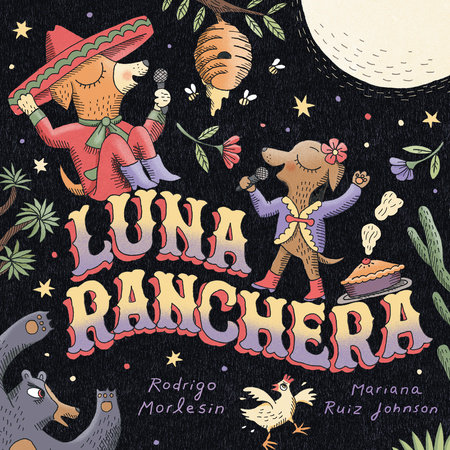