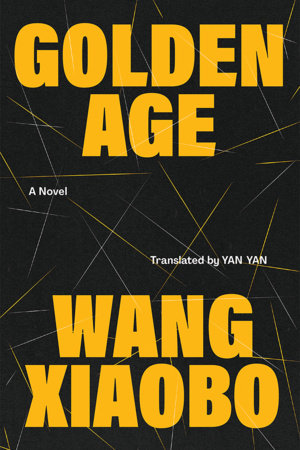 "Like a Chinese Kurt Vonnegut. By turns lyrical and satirical, Wang Xiaobo's sexual comedies set during the Chinese Cultural Revolution are as improbable as that genre sounds. His long overdue publication in English comes as a gift. Golden Age is funny and brave and profound."
—Chris Kraus, author of I Love Dick

"At the time Wang was writing, novels about the Cultural Revolution tended to be fairly conventional tales of how good people suffered nobly during this decade of madness. The system itself was rarely called into question. Wang’s book was radically different . . .  The idea of how to stand up to power underlies Golden Age." —Ian Johnson, The New York Times Book Review

Like Gary Shteyngart or Michel Houellebecq, Wang Xiaobo is a Chinese literary icon whose satire forces us to reconsider the ironies of history.

And so begins Wang Er’s story of his long affair with Chen Qinyang. Wang Er, a 21-year-old ox herder, is shamed by the local authorities and forced to write a confession for his crimes but instead, takes it upon himself to write a modernist literary tract. Later, as a lecturer at a chaotic, newly built university, Wang Er navigates the bureaucratic maze of 1980’s China, boldly writing about the Cultural Revolution’s impact on his life and those around him. Finally, alone and humbled, Wang Er must come to terms with the banality of his own existence.

But what makes this novel both hilarious and important is Xiaobo’s use of the awkwardness of sex as a metaphor for all that occured during the Cultural Revolution. This achievement was revolutionary in China and places Golden Age in the great pantheon of novels that argue against governmental control.

A leading icon of his generation, Wang Xiaobo’s cerebral and sarcastic narrative is a reflection on the failures of individuals and the enormous political, social, and personal changes in 20thcentury China.

"This new translation captures Wang Xiaobo's absurdist and surprisingly lewd sense of humor, as well as the grimly amusing satire of China's Cultural Revolution that lurks within it . . . Golden Age is never less than entertaining, its sharp insights existing alongside endless sexual innuendo and jokes that mine humor from the darkest recesses of Chinese history."
—Hank Stephenson, Shelf Awareness

"Golden Age . . . is a tour de force satire of the Cultural Revolution, a brave and bawdy work that will appeal to fans of Gary Shteyngart and Michel Houellebecq alike."
—Chicago Review of Books

"Until reading Wang Xiaobo's Golden Age, I had not seen a work that captures the ironies and contradictions Wang Er endures living in a communist country in a decidedly capitalist world. Just my saying this sounds academic, but the novel is not academic. It's hilarious, loose, surprising and so smart. I am reminded of Heller's Catch 22, but whereas circularity was the enemy for Yossarian, it might well be Wang Er's ally."
—Percival Everett, author of Erasure and The Trees

"Golden Age, long admired in many circles, may prove a revelation to readers outside China. Wang Xiaobo steeped himself in the literatures of East and West, and the blending of influences—including Proust and Twain—makes for a searingly funny and fearless narration full of brilliant headlong riffs on sex, time, history and the terrifying absurdities of the Cultural Revolution. Bawdy, earthy, cerebral, outrageous, bleakly hilarious and off-handedly brave, this novel is like nothing else."
—Sam Lipsyte, author of The Ask and The Subject Steve

"A leading icon of his generation, [Wang's] cerebral and sarcastic narrative is a reflection on the failures of individuals and the enormous political, social and personal changes that traumatized 20th century China."
—Alan Chong Lau, International Examiner

Every page is a surprise. The novel is outrageous, startling, and very, very funny
—Roddy Doyle, author of Paddy Clarke Ha Ha Ha