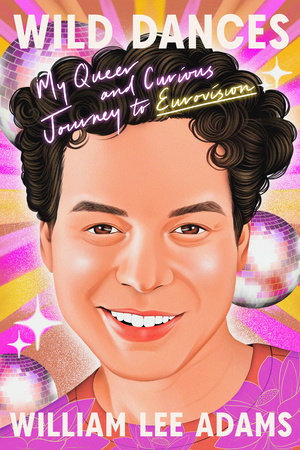 My Queer and Curious Journey to Eurovision

For fans of Crying in H Mart and Priestdaddy; How a misunderstood queer biracial kid in small-town Georgia became a Eurovision Song Contest commentator; A memoir combining race, glitz, glamour, geopolitics, and the power of pop music.

As a boy, William Lee Adams spent his days taking care of his quadriplegic brother, worrying about his undiagnosed bipolar Vietnamese mother, and steering clear of his openly racist and homophobic father. Too shy and anxious to even speak until he was six years old, it seemed unlikely William would ever leave small-town Georgia. He passed the time alone in his room, studying maps and reading encyclopedias, dreaming of distant places where he might one day feel free.

In time, William discovered that learning was both a refuge and a ticket out. So even as he struggled to understand and to get others to accept both his sexuality and his biracial identity, William focused on his schoolwork, his extracurriculars, and building community with the students and teachers who embraced him for who he truly was. Though his scholarship to Harvard parachuted him into a whole new world, he still carried a lifetime of secrets and unanswered questions that would haunt him no matter how far he traveled.

Years later, as a journalist in London, William discovered the Eurovision Song Contest—an annual competition known for its extravagant performers and cutthroat politics. Initially just a fan, he started blogging about the contest, ultimately becoming the most sought-after expert on the subject. From Albania, Finland, and Ukraine, to Israel, Sweden, and Russia, William was soon jetting across the Continent to meet divas, drag queens, and aspiring singers, who welcomed him to their beautiful, if dysfunctional, family of choice.

An uplifting memoir about glitz, glamour, geopolitics, and finding your people, no matter how far you must travel, Wild Dances celebrates the power of pop music to help us heal and forgive.